This week's guest is Matt Shaw

MATT SHAW is the published author of over 120 stories. Although known as being a horror author, he also enjoys spending time in other genres too - something he had always planned to do in order to have at least one book, in a wide collection, which would appeal to people from all walks of life. Shaw was first published in 2004 with his horror novel Happy Ever After - the first of his books to reach the number one slot on Amazon and the first of his books to use his trademark style of narrating the stories through the first person perspective. An extremely prolific writer, Matt Shaw is continually writing as well as keeping up to date with his readers via his (some might say) crazy Author Page on Facebook. 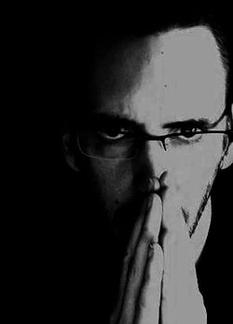 Matt - I felt like I owed David Moody after he got involved with my project “The Devil’s Guests”. We were chatting and he said he was doing this zombie series so I looked into it and thought it couldn’t hurt to give it a go! I don’t really work with publishers so it made a refreshing change to let someone else stress about the editing and the release date etc.

Greg – Before One of Them, I’ve had the pleasure of reading two of your books, Sick Bastards and Tortured. I’ve been nagged by a particular question.  Does your mum know what you write?

Matt - My mum reads pretty much everything that I do. I did get uncomfortable when she read the erotica (Sexual Healing and Sexual Tension) that I penned though. You don’t want your mum knowing your sex knowledge. What makes it worse is when she said she can always hear my voice when reading my work… So if that is the case - when she does read the smut (not just in the erotica but in the horror books too), is she picturing us? Fucking Hell, now you’ve put this in my mind I can’t un-see it. Cheers for that.

Matt - There’s only one. Roald Dahl. It might sound like a silly reference but all of his work has elements of darkness in it - especially his adult stuff. It’s just nasty in places. The man is such an inspiration, he is even tattooed on me - not his characters… The man himself. That’s dedication for you. With regards to horror authors, I don’t read them. I don’t want to be like anyone else, I want to be like me. I worry that if you start reading other horror authors, you might start mimicking their style by accident.

Greg - Where did you get the idea for One of Them?

Matt - It’s the story I wish “10, Cloverfield Lane” had been. I watched that film and loved the premise and the start but - towards the end, it just disappointed me. Also, I’m sick and tired of zombies. They’re everywhere now so it made sense to do a story in a zombie-filled world but don’t actually show the zombies.

Greg - What is your favorite Christmas movie?

Matt - I don’t have one. But every year I watch: Krampus, Die Hard, Nightmare Before Christmas, Scrooged (LOVE Bill Murray), Home Alone, Gremlins and - fuck. There was another one and I can’t remember it. Oh. Got it! A Muppet’s Christmas Carol (don’t judge me, I have a life size replica of Gonzo in my house).

Matt - I wouldn’t want to survive in a world like that so I will pick Lauren from The Walking Dead. Why? Because she is quite handy so we would survive long enough to enjoy lots of steamy sex sessions together. If however, I wanted to survive, I’ll take Arnie from Terminator 2 because even if he is bitten, he won’t turn. He can just swan into the areas I want to clear out - kick arse and make things safe for me. Then, when I go to bed, I can put his security sensors on so he will pick up intruders.

Matt - I’ll cheat and say “2016: A Year of Horror and Pain”. Why’s that a cheat? Well - because it is a set of all of my published work from this year. So - 18 novellas and over half a million words! If I’m not allowed to cheat, I would say “The Missing Years of Thomas Pritchard”. Funnily enough, it’s not the usual horror that I am known for but - instead - has heart. Most of the reviews state how they were reduced to tears by this book and that makes me feel proud! Especially because it was such a difference to what I usually write. If of course if HAS to be horror I would say “Monster”, which I co-wrote with Michael Bray, because it has a bit of everything.

Matt - I snuck a watch of Nightmare on Elm Street when my mum went out. It was on VHS tape and I had to use a chair to reach it from the top shelf. From the moment that film starter, it petrified me.

Matt - I wouldn’t. I am known for extreme horror but look through my 160-odd titles and you will see I have penned erotica, children’s stories, psychological horror, books dealing with depression, comedy, drama, romance… Never stick to one genre. It gets boring.

Matt - I wrote to the council and asked them about their plans but they ignored me. The idiots are probably saving the bunker for themselves. Well, I hope they choke on zombie dick. I’ll probably just wing it to be honest. I would start with killing the people that have annoyed me in life though, whether they have turned or not. And then I would loot some food (tinned only). I might try and take over Windsor Castle - make that my home because… why the fuck not?!

The zombie apocalypse has brought the world to its knees. All the survival plans have been tried, but nothing’s worked. Our world has been taken over by Them - sick, diseased creatures which exist with the sole aim of spreading their infection until none of us are left alive.

But even in this dystopian hell, fate deals some surprising hands.

Loner Bob was ready for the end days. His house is strong and he has supplies enough to last him a while. When he finds Andria, though, the woman who cared for his father in the rest home during the final days and weeks of his life, he sees an opportunity to repay the kindness she showed his dying dad. It’s the very least he can do.

It’s a no brainer. There’s safety in numbers. After all, it’s the end of the world, and survivors should stick together when times are tough like this... shouldn’t they?