​This is what I love about the Year of the Zombie, getting introduced to the psyches

of new to me authors and seeing the unique, novel approach that each one takes to

the end of the world as we know it.

Sean T. Page goes somewhere completely different with 1975.  It’s not about the zombies, it’s not even about human interaction, 1975 is about one man’s head.  Cole is one of the lucky ones.  Because of his skill set, he was able to get a spot in the bunker and has been saved from the ravenous zombie hordes.  Sean T. Page explores Cole’s mind.  How does someone handle the isolation?  What would you do if cabin fever set in? 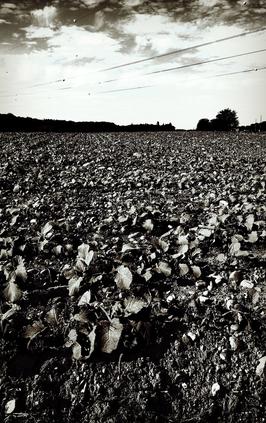 ​​Geraint Wyn, where do I begin?

to what I have been experiencing with the Year of the Zombie.  Comedy.

Don’t get me wrong, I love the dark, dismal, all hope is lost take on the end of the world, but sometimes you just want to have a little fun and escape in your book for an hour or two and have a few chuckles.  Geraint Wyn does exactly that.

series.  For the month of April, Infected Books has recruited Mark Tufo, a

prolific zombie author from the other side of the pond.

I have to give full creative credit to the author on this one, putting together a mad scientist with a paintball range and creating a high priced, exotic, real life zombie hunt.  Where do these guys come up with these ideas?

This was a fun little trip back into the world created by Rich Hawkins’ twisted,

demented imagination.  It always amazes me, the concoctions that some literary

artists can conjure up.

While The Plague Winter is set in the same world as The Last Plague, a reader could easily jump into this world with this short story, or is it a novella?  I don’t know, it’s under a hundred pages and packed with an incredible punch.

​Monsters!  Matt Shaw doesn’t need no stinkin’ monsters.  One of Them is book

eleven in the Year of the Zombie, and guess what…there are no zombies; sure,

they are there in the background, we hear about them, we know the world has gone to shit, but Matt Shaw doesn’t need zombies to write a zombie book.

One of Them brings the zombie apocalypse down to the personal level.  It centers around two people, Bob and Andria.  It also makes you contemplate how you would want to ride out the end of the world?

​What a concept for a book, “Your six-year old daughter has been bitten by a zombie

and now hungers for human flesh.”  Little Monster is one of those great scruples

books.  At what point does putting your family first go too far?

James Plumb has done a marvelous job of presenting this scruples story.  Gareth’s world is flipped upside down when his daughter, Ana, is attacked.  James Plumb has woven us into the lives of Gareth and Jen, as the story revolves around them and their baby girl.  All that is going on outside of this family is not important.  This focus on the nuclear family allowed me to immerse myself into their lives.

Nobody.  I mean nobody does family dysfunction as well as David Moody.  The shit

has hit the fan and the world is falling down all around us; leave  it to David

Moody to make us forget all about that, to watch the train wreck of a nasty

David Moody has put his own little twist on your traditional zombie.  The undead are no longer in a relentless quest for brains; all they really want to do is spread the infection, and one little scratch is all that it takes.

year, and The Yacht by Iain Rob Wright has been no exception.  These monthly

one that you’ve read before.  In the case of The Yacht, it was my first dip in the

​water of an author who has been pumping out books for a few years now.

The Yacht is a killer story.  Iain Rob Wright strung me along throughout the entire story and then smacked me upside the head and yelled – Gotcha!

competition.  As the winner, his book, Nock, became book ten in the Year of the

It’s a nice idea to think that humanity could survive a full on zombie apocalypse.  There are two trains of thought on this, the old George Romero idea that everybody dies at the end or the belief that we are smarter than them, so we’ll make it through.  Scott McGlasson has gone with the latter.

​I’ve been waiting for the right time to take a bite out of Last Christmas.

Last Christmas was a quick fun trip into a zombie riddled office Christmas party, oh, we can only hope. I think that Moody and Simmons really enjoyed creating this tale; the enthusiasm comes shining through.

Year of the Zombie

or “us”  attitude that is so prevalent in this world.  What the hell will it take for

us to just all live together and cooperate?  How bad does it have to get before we

stop worrying about “them” getting ahead of “us”.

​Adam Baker has kicked off Infected Books’ Year of the Zombie.  What a great idea! Twelve months – twelve new zombie stories, all to celebrate fifteen years of zombies from Infected Books.

In honor of the 15th anniversary of the release of Autumn, David Moody and Infected Books is celebrating with The Year of the Zombie.  Twelve stories by twelve authors, one released at the beginning of each month.  I thought it would be fun to follow along and give my own recommendations, as well as my view of these stories that revel in all that zombies have become. These stories are perfect for anyone with kindle unlimited.

​Ride the Serpentine was unlike anything I’ve read before.  It seemed more like a

screenplay than a book.  It really gave me the same feeling like I got  from The

Blair Witch Project.  Descriptions setting the scene with a couple of the guys

talking in the background and then the narrator’s voice-over.  Andre Duza created a complete visual to go along with the story.  It was creepy and campy and a novel way to approach the story.

Ride the Serpentine follows the lives of Jules Yeager, James “Holly” Hollister and Graeme “Gramps” Gunz, three rock gods from the eighties as they rock the apocalypse.