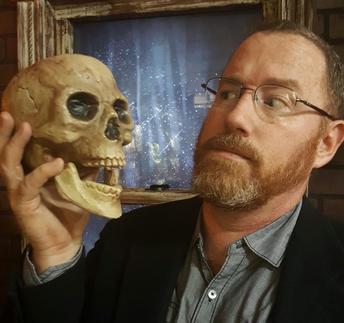 Ten years After civilization collapsed, a walled city is the only world Stace Tomlinson has ever known. Undead ferals and living marauders still prowl the wilderness outside, but the residents of Shawnee Lodge have adapted as best they can. With ammunition, electronics, and gasoline all distant memories from Before, people have once again taken up the bow. When almost all the horses and cattle were slaughtered, they learned how to turn ferals into dociles, pulling their plows and wagons, turning the wheels of their mills.

It's a simple life of crops and crafts, but Stace doesn't want to end up stuck on a farm. She wants to follow in her father's footsteps, outside the walls. Rob Tomlinson is a Ranger - one of the best, a master of fieldcraft and feral hunting - and living in the shadow of such a fearsome, well-respected figure comes with its own problems. The pressure Stace feels to match up to her father's expectations can be unbearable. Sometimes, though, life has a habit of showing you one path, then leading you down another.

Stace has struggled to prove to her father that she's up to the job. Today, though, she's going to have to step up. Both of their lives depend on it.

This week's guest is Scott McGlasson

Scott McGlasson is the author of NOCK – the winning entry in the Infected Books Year of the Zombie Pitch and Page competition.

A former member of the US Air Force, he spent nearly a decade as a rock radio personality before getting a “real” job in logistics. He spends what little free time he has herding cats managing the Space Opera and Space Opera: Writers groups on Facebook. Flash fiction contests for SO:W have been judged by such sci-fi luminaries as Neal Asher, David Farland, and Peter F Hamilton.

Greg – You won Infected Books’ Pitch and Page competition, tell us a little bit about the process?

Scott - David Moody’s Infected Books has been running the Year Of The Zombie anthology all year long with different authors, such as Rich Hawkins and Sean Page, contributing a novella for each month.  IB announced around mid-summer that they were going to do a submission contest to determine the tenth author.  Entrants were asking to provide a 25-word pitch and the first 250 words of the story.  I had almost forgotten the contest entirely when, about a month or so later, I got a PM from Moody telling me that I’d won.

Scott - Lamb chops.  I was at a birthday party that doubled as a college reunion party a couple years ago and bumped into someone I hadn’t seen in a while.  One of the things he’d been up to was writing a multi-novel series about a flu epidemic that wipes out civilization.  I sent him over a sample of my writing the next day and he convinced me to get serious about it.  That same guy has his own successful grilling tutorial website and I know for a fact he’s got some killer lamb recipies.

Scott - Goat milk.  The local vendors in Saudi didn’t have cow milk.  At first, we all hated it, but after a week or so, we got used to it.  Sorta.  We found a little restaurant in downtown Dhahran that made what was basically a goat cheese gyro.  We ended up sending someone to that shop once or twice a week for takeout and word spread about how good these little sandwiches were.  The owner, a jolly little man named Asad, absolutely loved the new business and greetings us heartily whenever we stopped in.

Scott - Stace Tomlinson has the tools to kick butt, but not the experience.  She was raised by her community’s most revered archer and woodland expert, so she knows the tools and the trade (which they call fieldcraft), but she’s got zero real-world experience outside the security wall.  To make matters worse, she realizes that she performs worse when her father is watching.  It takes a moment of pure terror to make her react as she was trained, without the time to worry about what her father thinks.

Scott - Did Don Knots actually play a monster?  If so, Don Knots.  If not, still Don Knots.

Greg - What is your all-time favorite horror book or movie, you know the one that always makes you jump 5 feet in the air or fill your pants?

Scott - I still love the original The Thing, although the John Carpenter remake is a very close second.

Greg - Where did you get the idea for Nock?

Scott - I had always wanted to do something actually different from typical zpoc stories.  One of the staples of the zombie apocalypse genre has always been lists of survival gear and that gear always includes a lot of weapons and ammo.  But what if the story is pushed out a few years, or in NOCK’s case, a decade, and they’ve used up all the ammo.  Yes, there are potentially trillions of rounds in the United States, but if you use up everything you can find locally, can’t produce any more, and all attempts at traveling to look for more have resulted in disaster, you have to replace firearms with something.  Crossbows are easier to use, but more complicated to make.  Bows seemed to be the logical fallback.

Scott - Living it up in Tranquility, a habitat orbiting Jupiter as part of Peter F. Hamilton’s Night’s Dawn trilogy.  Horror readers that “don’t do sci-fi” should at least read the first book in that trilogy.  There’s enough horror to spare.

Scott - Assuming the loss isn’t chronological, ie, affects everything that happened after, and that we just forget about it, I’d have to go with Stoker.  Not only would we lose less material overall, but we might just...maybe…never have had sparkly vampires inflicted on us.