Even millionaires get seasick…

What’s intended as a little quality time aboard their luxury yacht quickly turns deadly for Emily and Ross Tyler. Something else came aboard their yacht, you see. Something besides their marital difficulties and stresses of the world.

And it’s out for blood.

On the high seas, paranoia will get you killed. 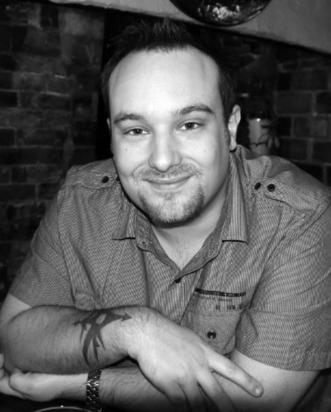 Iain - I don’t often work with publishers but it was my respect for David Moody, and the chance to work with him via Infected Books, that led me to make an exception. He asked and I said yes.

Greg - Where did you get the idea for your story The Yacht?

Iain - I’d already tackled the zombie apocalypse in my books Ravage and Savage, so I wanted to scale things back to a more individual tale. I wanted to put the characters in a situation where they were alone and helpless – hence The Yacht!

Iain - That’s an original question! I suppose The Final Winter is important to me as it was my first and most raw book. I’ve improved since I wrote it, but it is my strongest novel in some ways. It also has the strongest message that could be analysed in different ways.

Greg – As a new father, at what age would you allow your own children to read your books?

Iain - I started reading horror at around 14 and I think that would be a good age for someone to be exposed to my work. I don’t feel I am as offensive as some Horror authors, and I try to tell a story more than I try to scare.

Iain - Stephen King, Richard Laymon, Brian Keene, and James Herbert. These are the authors I was reading as I prepared to become a writer myself. It was they who truly cemented my love of horror and made me want to live in it.

Iain - At the moment I am reading more fantasy than horror. I just read the Night Angel trilogy by Brent Weeks and absolutely loved it! I think I’ve read so much horror that it’s hard for me to find good reads within that genre now. Having said that, I just started The Dover Demon by Hunter Shea and am enjoying it.

Iain - University of Birmingham is a beautiful university that I enjoy passing by on the train. Stratford is also beautiful. Further afield, I am yet to visit Stonehenge, which seems wrong.

Greg – I recently had the pleasure of reading D is for Degenerate, does your mom know that you wrote this?

Iain - No, my mum doesn’t read horror. Good thing, I guess. Is it really that bad?

Iain - I plan to die early on. Anything else would take too much effort and I don’t like being chased. I get all panicky!

Iain Rob Wright is one of the UK's most successful horror and suspense writers, with novels including the critically acclaimed, THE FINAL WINTER; the disturbing bestseller, ASBO; and the wicked screamfest, THE HOUSEMATES.

His work is currently being adapted for graphic novels, audio books, and foreign audiences. He is an active member of the Horror Writer Association and a massive animal lover.