Born and raised in Philadelphia, Pennsylvania

A leading member of the Bizarro movement.

His style has been described as an unconventional mixture of hardcore horror, sci-fi, dark humor, and socio-political commentary delivered with a penchant for the surreal.

In addition to writing, Andre works as a Personal Trainer and a Kung Fu Instructor. 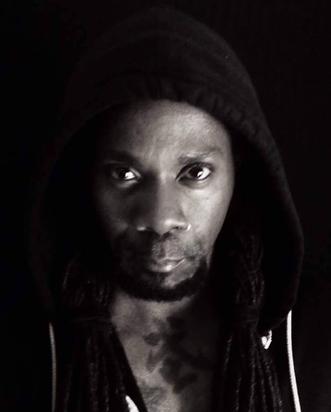 A Serpentine Films Production in Association with the Martin Stone Show…

In the 80s, nobody was bigger than Serpentine. They filled stadiums and performed to sell-out crowds. They lived at the top of the charts, winning award after award. But a life of excess soon took its toll and the band called it a day in 1991.

24 years later, the members of Serpentine put old feelings aside and made plans for a comeback. A documentary was scheduled to chronicle the group’s return. New album. World Tour.

THE DEAD WALK! Chaos in the streets! The breakdown of society!

But even the end of the world can’t stop this band. Cramped together in their fortified tour van, Serpentine travels the backroads of America, documenting their journey on film as a living testament to humanity’s will to survive and the true spirit of Rock ‘n’ Roll.

This week's guest is Andre Duza

Andre - My good friend Wayne Simmons mentioned that Infected Books was putting together a zombie anthology and asked if I’d like to contribute something in the vein of my recent novel WZMB, of which he was a fan. I was already in the process of writing a pseudo-sequel/side story to that book. So it was a no-brainer.

Greg - What would your family be found doing on the Labor Day weekend?  Would you be down by the lake, on the rollercoasters at a fun park, or relaxing in your own backyard?

Andre - We try to get away to an amusement park or to the shore from time to time, but with four kids, things tend to get expensive quickly, so you’re likely to find us in the backyard playing catch, shooting arrows or throwing knives usually with the music blaring and food cooking on the grill.

Greg - What is your all-time favorite horror book or movie, you know the one that always makes you jump 5 feet in the air or fill your pants?

Andre - While I wouldn’t call it my favorite, the first book that really had an impact on me was Jay Anson’s Amityville Horror. At the time, the Lutz Family’s “ordeal” was considered a true story. It was all over the TV. Even made all the talk shows and the evening news. I had seen the book lying on my mother’s nightstand and I’d heard her telling my aunt via telephone that it was too scary for her to finish. Naturally this piqued my curiosity. So, I would sneak into her room and read the book in spurts. When I got to the part about Jodie, the demonic pig, it sent chills down my spine. I think I spent the rest of my life chasing that feeling.

As far as movies go, I don’t really have one favorite. It’s more like a rotating list of about 20 films. But it was the offbeat ones (Phantasm, Rocky Horror Picture Show, Return of the Living Dead,Evil Dead 2, Re-Animator, Repo Man, RoboCop) that spoke to me the most. They helped me realize that I didn’t have to edit the weird thoughts in my head, that I could be true to them and still find an audience.

Andre - Cell by Stephen King. Not really zombies, but close enough. I thought it was okay. Far from King’s best, but an enjoyable read.

The movie on the other hand…

Andre - Yes. Except for my daughter, Vega. She’s six.

Andre - Music. All the way. I have an extensive collection of movie soundtracks that I’ll use. Usually I’ll try to match the soundtrack to the story I’m working on in terms of tone. I’m a big fan of John Carpenter and Goblin. But it’s not always soundtracks. For instance, Ride the Serpentine was written to a playlist of ‘80s Hair Rock mixed with Paul McCollough’s Night of the Living Dead ’90, and John Harrison’s Day of the Dead ’85 soundtracks.

Andre - I think my writing is more influenced by the news, True Detective Magazine, ghost stories presented as fact (I was obsessed with the paranormal as a kid), and the shit going on in my life as a child/teenager.

Andre - We’ll, as someone who trains obsessively, I do like to be prepared. But not to the point of paranoia. So, to answer your question. Yes. We have a loose plan. Nothing too complicated. But we are well armed and I’ve been training my kids and teaching them martial arts since before they could walk.