fiction that kicked off in the early zeroes and, in my view,

remains the most important voice within zombie horror

square-jawed marines mowing down hordes of

flesh-eating monsters, it’s about survivors and the

brutal reality of surviving a post-apocalyptic

world - ordinary folks like you and me trying to make it

through another day. In many ways, Moody takes his

cues from Terry Nation’s SURVIVORS as much as from,

being more of a human story than a zombie story.

And that’s exactly why it works.

horror tales. Following the exploits of a haunted rock star, it mixes two of my favourite

things in the world – horror and rock n’ roll. It’s all done with a smear of dark humour

and a protagonist who’s such a cantankerous old bastard, some might struggle to root for

him. But I loved him and I loved this book and the 80s hair metal world which it harks

RIDE THE SERPENTINE by Andre Duza

Alongside Moody, Duza was a big influence on me starting out but for very different

reasons. Where AUTUMN is the story of the ordinary man within an extraordinary world,

to the horror section of my local VHS store circa 1988. I’m cheating a little in recommending

RIDE THE SERPENTINE, Duza’s latest release, with it being a Year of the Zombie novella

of which I’m involved in putting out, but honestly speaking, it’s my absolute favourite thing

Duza’s ever done. And it’s got even more hair metal than HEART-SHAPED BOX.

I’ll be honest, there aren’t too many 21st Century books by Stephen King that I get on with, but

CELL I very much enjoyed. Rumour has it, King wrote the thing within a week or something

to lend it the pulpy, breakneck pace that makes it work so well. And, sure, the ending is a little

bit INVASION OF THE BODY SNATCHERS on it, but it’s the journey that counts, right?


362 BELISLE STREET (aka THE DWELLING) by Susie Moloney

doors of 362 Belisle Street made for a brilliant page-turner. I’ve read every one of her books

since, but it’s this one that remains my favourite being a genuinely unsettling ghost yarn 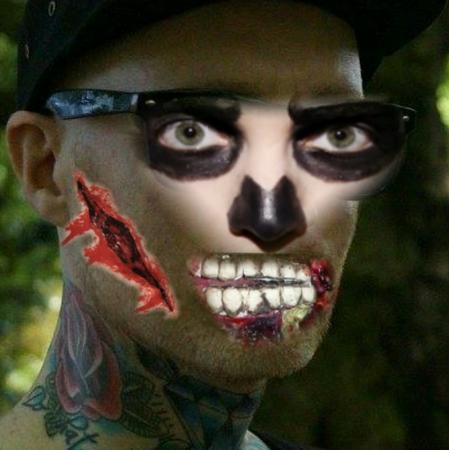 Wayne’s work has since been published in the UK, Austria, Germany, Spain, Turkey and North America. His bestselling zombie novel, FLU, was serialised by Sirius XM’s Book Radio.

He’s a regular contributor to Skin Deep Tattoo Magazine as well as the PR/ Marketing chief for Infected Books.

Wayne currently lives in Wales with his ghoulfiend and a Jack Russel terrier called Dita.

Look out for him at various literary, music and tattoo events. Or find him online at: www.waynesimmons.org​