Madness. Unmitigated Chaos. All is lost, and there is not a

damn thing we can do about it. I sit here in my scorched

camper; the scraps of food I have managed to acquire are

already beginning to turn bad. The smell in here is

unspeakable, an amalgamation of rot and saccharinity. In a

while I will go outside for a breath of fresh air, but for now I

sit, staring at the five books I managed to rescue before the

world went to hell in a handbasket. I smile.

of the reasons I became a writer. The unabridged edition is a

masterpiece of post-apocalyptic horror, but The Stand is much

more than that. It is a story teeming with hope; something our

species, and future generations, need if we are going to survive

this tumultuous epoch. I wonder if any copies of the miniseries survived the crash. I sure did have the hots for Laura San Giacomo.

Ramsey Campbell’s Probably is the next book I turn my attention to. It is by far the best

collection of essays and introductions I have ever had the pleasure of working through.

curriculum our children are forced to endure. They would certainly learn a lot from it, and

is that not the point of education?


Clive Barker’s Books of Blood: Volume One is now staring at me, urging me to pick it up

once again, as I have on so many occasions before. Between its pages are six of the finest

tales of horror you could ever hope to read in one volume. From ‘The Midnight Meat

Train’ to ‘In the Hills, the Cities’, this is a sublime collection. I just wish I’d been able to

save the subsequent five volumes.


Lord knows how I managed to save this one, let alone carry it in my tattered satchel for

almost three years—it’s by far the largest item in my inventory, and one of my most

cherished. The Weird: A Compendium of Strange and Dark Stories (edited by Ann and

century; such is its bulk that not even the 2052 crash could destroy it. Octavia Butler,

One-hundred-and-ten stories all told. Not only should The Weird be taught in schools,

copies should be placed in the top drawer of every hotel room the way Bibles once were.

My final book—damn, I wish I’d had a bigger satchel—is Conrad Williams’ One. It is an

unqualified triumph of a book, its gut-wrenching story somewhere between McCarthy’s

The Road and Matheson’s I Am Legend. This is one apocalypse no one in their right mind

would wish to trade places with. It’s bleak, it’s grisly, in places it’s hard to read, and yet that’s

precisely why I keep returning to it.


Those are the five books I managed to salvage before the world went up in flames, and I will read them over and over until the day They come for me with their archaic weapons, their hellish battle-cries and modified trucks. Out here in the middle of the desert, I think I’m safe.

I pick up The Stand and turn to the first page. I smile. I begin.

Adam Millard is the author of twenty-two novels, thirteen novellas, and more than two hundred short stories, which can be found in various collections and anthologies. Probably best known for his post-apocalyptic fiction, Adam also writes fantasy/horror for children and Bizarro fiction for several publishers, who enjoy his tales of flesh-eating clown-beetles and rabies-infected derrieres so much that they keep printing them. His "Dead" series has recently been the filling in a Stephen King/Bram Stoker sandwich on Amazon's bestsellers chart. Adam is a regular columnist for UK horror website, This Is Horror. 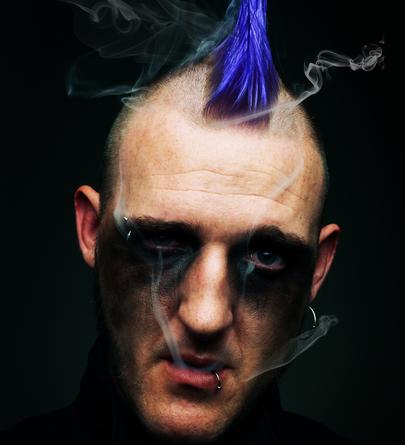