I’m happy to be on the 2 Book Lovers Reviews site, and

Which five books would you want to survive to be

It’s never easy to pick “best” books, since that’s rather

subjective, but I can give you my favorites with a bit of

an explanation of why I picked them.

I think the 21st century has rocked the publishing world

because of the rise of the Indie author—“Indie” meaning

For a long time, publishing’s gatekeepers (agents, publishers, editors) chose the books that got released to the public, and unless your last name was King or Patterson, it was hard to get your foot in the door. But indie publishing has brought an abundance of new authors and varied choices. No longer do readers have to content themselves with what the mainstream houses feel is “good enough” to be published. This has been especially great for horror authors. Now, they can write in every niche imaginable, get their work out into the world, and attract fans.

The five books I’ve chosen to keep safe for readers 500 years in the future are all from indie authors and reflect my personal taste for sympathetic heroes, fast-paced action, and fresh, frightening stories.

small town when all contact is broken with the outside world. What if your cell phones and

landlines don’t work? What if surrounding towns were told that anyone exiting your town

is abnormal and dangerous? What if, under the guise of military authority, all the people in

your town were being rounded up and killed? The dark desperation, multiple POVs, and

heroic characters in this novel kept me flipping pages as fast as I could.

Darkness Rising by Brian Moreland (2015). There are many things to love about Brian

surprises the reader with plot twists. The hero of the novella, Darkness Rising, is Marty, a

college janitor who’s been bullied his whole life. Things go from bad to worse to horrendous

when he crosses paths with a trio of killers. Marty goes down, but he’s not out! This story

evolves from a revenge gorefest into a deep psychological drama. Marty’s innermost guilt

and desires are spawned by secrets in his dark past. Every time I thought I had the plot

figured out, Moreland took it down a different path, revealing layers of complexity and evil

who makes his living from writing. He’s quite prolific. The thing I like best about his works

are his original premises. He has a way of turning classic plotlines on their head. Sea Sick is

about a vacationing cop fighting zombies. Average fare? Think again. The cop is on a cruise

ship when the zombie outbreak occurs. There’s literally nowhere to run. And have I

mentioned the time-travel element? There’s nothing average or predictable about Sea Sick,

over-saturated market. Barnes is an Irish writer and definitely has the charming gift for

blarney going on! His loveable, witty, and completely relatable hero reminds me of the

James Herriot (All Creatures Great and Small) series of novels I read as a kid. In addition to

loving the hero and being impressed by the fine writing, I found the scientific explanation of

how the zombies came to be very original and realistic.

Asylum by Amy Cross (2013). Amy Cross is an anomaly in a world where indie authors

increase their readership through publicity and self-promotion. You have to dig hard to find

on Amazon. Her novels and novellas are like potato chips—you can’t read just one. The

stories are always unique, the characters are fresh and fascinating, and the writing is

eminently readable. In addition, she offers a number of her books free on her website. (https://amycrossbooks.wordpress.com/) Asylum is about a young murderess sent to a

hospital for the criminally insane where the staff are just as disturbed, and disturbing, as

the patients. With the cast of bizarre characters in this novel, mysteries abound, including 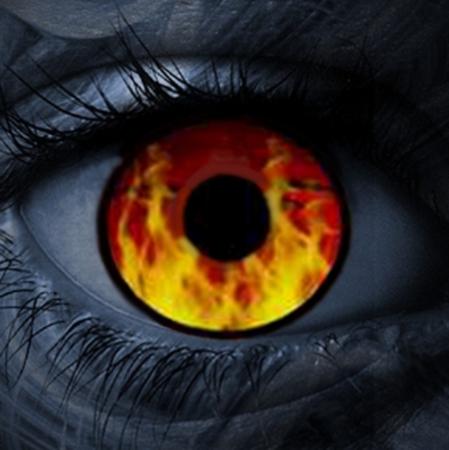 Lexa Cain lives a stone’s throw (if you throw it really hard) from the beautiful beaches and turquoise waters of the Red Sea. Despite the scenic delights, she’s an indoor gal *cough* couch potato *cough* and can usually be found hunched over her computer, working on new projects. (Pen name L.X. Cain, novel and short story author)
​