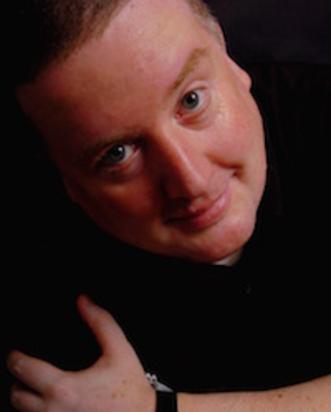 Nearly 20 years after the zombie apocalypse, the world is now populated by the living, the dead and the dead bored - like Cardiff born teenager, Geraint Wyn Thomas.

Geraint and his best friends, Bethan and Neil, are fed up with their video games, the television and even each other.

Can a zombie hunting trip to West Wales pull the teenagers out of their funk or will the whole adventure be as rotten as the creatures they're about to meet?

Gary - My little contribution to the Year of the Zombie, was already written when I happened to see the post by Infected Books on Facebook, who were looking for zombie-related novellas. As luck would have it, I already knew Wayne Simmons, the publisher's marketing and promotions guru, but that didn't mean I was going to get an easy ride - the story still had to be worth publishing. Thankfully, both David Moody and Wayne thought it was, and took a punt on it...for which I'll be eternally grateful.

Greg - You’ve got a gang coming over for a BBQ on the long weekend. Naturally, you wait until 10 minutes before closing on the 3rd to get your meat. All they have left is ground turkey (burgers), lamb chops, or tofu sausages…what do you bring home?

Gary - Easy - it's always going to be the lamb chops. Turkey mince is too bland; and the words tofu and sausages do not, and never will, belong together in any sort of sentence. Lamb chops are versatile, tasty, and perfect for outside dining. And for anyone complaining that I'm not catering for the non meat-eaters - Hell; beer's vegetarian, isn't it? There you go. Problem solved.

Gary - The last zombie novel I read was probably Peter Clines' Ex-Communication. A novel approach to the genre which mixes the zombie apocalypse with superheroes. Very entertaining, and some great ideas and characters throughout the series.

Greg - Where did you get the idea for Geraint Wyn:  Zombie Killer?

Gary - The idea for Geraint Wyn: Zombie Killer came from years of reading zombie horror novels, and watching zombie movies, and TV shows like Walking Dead and Z Nation. There have been tales of the apocalypse spread around the globe, but as far as I knew, there wasn't one specifically set in Wales. So, with that as the spark, I just tried to imagine what the zombie apocalypse would be like in my home country...and worked out fairly quickly, it would be a bit shit. From there, the story pretty much wrote itself.

Greg -  What is your earliest memory of being truly terrified?

Gary - My earliest memory of being truly terrified would have been during a visit to the cinema with my father back at the start of the 1970s. I can't even remember what film we saw, but the one thing that's stayed in my memory since then is seeing the trailer for Escape from the Planet of the Apes, and the scene in that trailer where Sal Mineo's character is attacked and killed by a gorilla (sorry; spoiler alert). Scared the living crap out of me - so much so, that I ran screaming from the theatre with my dad in hot pursuit. Obviously, watching the film these days, you just realise it was a guy in a fairly shoddy gorilla outfit; but for an 8 year old at that time, absolutely nightmarish.

Gary - My partner of choice for the zombie apocalypse? Ok, so does the partner have to be from a piece of fiction already set in an apocalyptic world of the undead? If so, I'd have to go with the one-man army that is Joe Ledger from Jonathan Maberry's Benny Imura saga - particularly the fourth novel, Fire and Ash. Either that, or The Walking Dead's Negan. He might not be the friendliest fella left after the fall of man, but as they say, I'd rather have him with me than against me. Outside the zombie universe I'd have Iron Man as my partner. Nothing would get past those repulsor blasts, and even post-apocalypse, Tony Stark would probably still throw a hell of a party.

Gary - Geraint Wyn, the lead character in Geraint Wyn: Zombie Killer, is your average, bored but bright teenager, with no particular set of skills. He's smart and capable, but like many teenagers who think they know better than their elders, he does make the odd bonehead mistake, which gets him into trouble. Luckily, his Uncle Billy is 'warrior smart' enough to make up for Gez's shortcomings, and his best friend, Beth, is almost a teen version of Xena: Warrior Princess...which is also a big help.

Gary - The scariest story I've ever read, would probably be one of James Herbert's early novels - The Fog. The idea of an eerie mist that drove people insane was a little gem of an idea, but it was the actions of the lunatics infected by this mist that really sent shivers down the spine. Again, it's memories that come back from your early years that seem to affect you the most. The Spear and The Dark were equally scary, but you never forget the first Herbert novel that creeped the hell out of you. I met him in the late 1980s, and you wouldn't credit that this humble, charming gentleman had such a fiendishly twisted imagination.

Greg  - I am a huge fan of English history.  I also know that I rarely visit the great landmarks in my own backyard.  What is the most significant landmark in your “backyard” that you take for granted?

Gary - Wales is a nation full of historical landmarks - many of them being castles, built by the invading English, over the centuries - and they're still a pain in the arse to this day...not the castles, the English. But the landmark that's often taken for granted on my doorstep, is the St. Fagan's Natural History Museum in Cardiff. It's a huge site which combines historical buildings, dating back as far as 1100, and also gives demonstrations of traditional crafts, from days gone by. For anyone of my generation, it was the place you always went on a school trip, sometime during the year, and as kids, I don't think we fully appreciated how much incredible history was there on view. I've been a few times in later years, and it's a hugely impressive museum; up there with the best of them. And I love the fact that an old Cardiff pub I used to drink in, The Vulcan, which was knocked down in order to build a car park (there's a lot of that shit going on in Cardiff these days, sadly), will be rebuilt, brick by brick inside St. Fagan's, and will probably re-open as a pub again. Cheers everyone.

Gary - Do I have a plan for the apocalypse? Well, considering 52% of the idiots I have to share this island with voted for Brexit, I've been hoarding bottled water and canned goods since June already. A zombie apocalypse would be a blessed relief after the f*ckwittery we've already had to deal with this year. Bring it on!!

Gary Slaymaker is the author of GERAINT WYN: ZOMBIE KILLER. He has been

a television & radio presenter since 1988, and has worked for BBC One Wales,

amongst others. He has also performed as a stand-up comedian since 1992,

working in both Welsh and English.

critic on Thursday afternoons. He’s been doing this for so long he’s gone from

being known as “the Welsh Barry Norman”, to “the Welsh Jonathan Ross”. And

series on S4C, Wales’ fourth channel where he would channel his inner geek on

the subjects of film, video games, music and interviewing celebrities such as Rhys Ifans, Vinnie Jones, and rugby deity, Gareth Edwards. More recently he was presentled and head scriptwriter on the satirical radio news quiz ‘Bwletîn’ on Radio Cymru for 5 years.

As well as specialising in film and comedy, he has also been involved in sports productions involving football, rugby union, rugby league, and boxing.

A published author, Gary is also an in-demand after dinner speaker, who can tailor his stories of meetings with the rich and famous, to cater to any type of audience.

Gary is long time Cardiff City supporter, and an authority on American comic books and Welsh swear words. He enjoys a good pub quiz, although he admits he’s far too competitive. He also won S4C/BBC’s ‘celebrity’ Mastermind in 2006.

He has been lucky enough to meet his two greatest heroes in the world of sport and cinema – Pele and Clint Eastwood. Less impressive is when he said “Alright, luv?” to Charlize Theron at the 2000 Oscars, after failing to recognise the stunning actress. (She did forgive him, though)

This week's guest is Gary Slaymaker