Sean - I love David Moody – in a manly way of course. He’s a great writer & when I learnt he was putting something special together I was pleased to support it in my own way.

I’m probably a bit different to many of the other author involved. I’m not a really a novelist – I work full-time & love writing short stories in my spare time. I love manuals, guidebooks, comics, developing apps – that kinda thing.

Sean - My story is about a man trapped in a bunker. I suspect it’s the only one of the series based in part on real life. I did an extended stay in a bunker back in 2013 – I was cut off & alone for 6-7 days in a giant nuclear bunker. Many of the events in the book, like barricading the doors actually happened. Course, there wasn’t a zombie outbreak when I was down there but you get the idea.

I video-blogged the whole caper – you can check it out here:

Greg  - Which authors have been the greatest influence on your writing?

Sean - Lovecraft & Clark Ashton-Smith. I love the cosmic creeping horror of it all.

I also love a lot of the older Edwardian & Victorian ghost story authors like May Sinclair, Gertrude Atherton & Edith Nesbitt. I always smile when I hear folks going on about a lack of female horror writers – back in the day – there were so many, they dominated spooky supernatural fiction & I love their well-crafted tales if unease. I’m not really a fan of blood, gore & violence in my own writing.

it after it closed. Derelict, spooky & with the stench of the

horror which occurred inside.

We all know how mental health patients were treated in

the nineteenth century & this site had it all. On site burials.

A disastrous fire in which many patients died. It’s got haunted

written into its walls. That’s what I think anyway.

Sean - Salems Lot did it for me. Every reader will know the scene. The boy floating at the window. That’s the official line.

Unofficially, I grew up in a house in which my sister & I experienced many unusual events. She once woke up pinned to the bedroom wall by an unseen attacker. For me, I was scared stiff when a supernatural visitor floated across the room. I must have been about 8 years old. We moved when I was about 13 & we didn’t have any more problems.

Sean - I’m currently studying Computer Science & robotics in particular – so I’ve been going through Asimov’s short collection I, Robot. I am therefore transported into a retro-1950s future – a bit like the Fallout universe. And I love it.

Greg  - Is The Official Zombie Handbook (UK) the type of story that you would allow your own children to read?

Sean - I’d recommend it for kids over say 9 or 10. My Haynes work is more accessible. The handbooks are more hardcore. My daughter is only 3 so she prefers Peppa Pig. Which is ironic, as I find a world of talking animals terrifying in a Planet of the Apes kinda way.

Sean - I generally prefer the masked villains who are based in locations such as closed fairgrounds or the circus. I like Joker-type villains, with sexy sidekicks & a humorous slant on mayhem. I also like capes.

Sean - Mmm..that’s a tough one. I suspect it’s some of the creeping horror of Lovecraft. I’m not a big King fan & I don’t really read much blood & gore stuff. I think tales like At the Mountains of Madness will do it for me.

Sean - I’m a planner by nature so I have a 90 day survival plan. You could call me a prepper. I’ve done survival stuff in the desert & around the world. I’m one of those guys looking forward to it all kicking off. 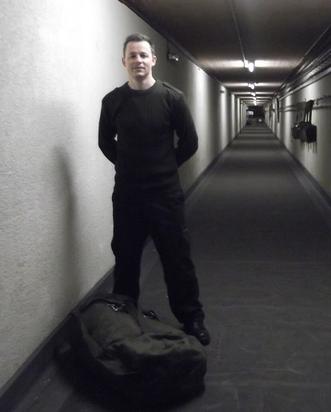 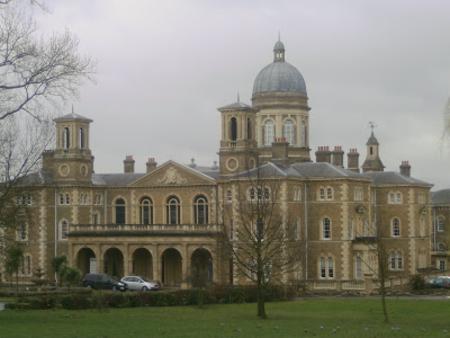 The Ark is a secret Ministry bunker hidden deep beneath the streets of London and humanity’s last hope for survival.

Sealed inside, a small team oversees 5,000 cryogenically frozen humans whilst the world above disintegrates.

But, as bunker fever spreads through the concrete walls of the Ark, those still awake begin to wonder if they’d be safer on the outside.

Polyester flares and the Osmonds aren’t the only things to be afraid of in 1975.

Sean T. Page is the author of 1975, a standalone novella set in the Ministry of Zombies universe. Sean is an office drone by day but by night wears his underpants on the outside of his trousers and delves into the murky world of zombie fiction. His Haynes Zombie Survival Manual is a best-seller in the UK and he has published numerous books and short stories, mostly about dead stuff and some of which are good, some crap.

He’s done cool stuff like TV documentaries on the end of the world for Channel 5 and lectures to university students on why zombie fiction is so popular. But, he’s also done some rubbish things as well, like spending years on a ‘choose your own adventure’ zombie tale which never saw the light of day.

In 2013, he spent 6 days alone sealed in a Cold War bunker. And, yes, there were plenty of mannequins around. He’s spent far too much time baking in the desert – mostly scones. He also enjoys writing about himself in the third person.