​Greg - How would you describe or categorize your writing?

Rich - I try to write the story I want to read. Some of my favorite books are those that play like a movie in my head, so I tend to write that way as well. I let the scene play out in my head and I write what I see. I try to make it very visual.

​Greg - What is your earliest memory of being truly terrified?

Rich -Summer 1974, Elitch Gardens, Denver, Colorado. My parents wanted my picture taken with Blinky the Clown. I didn’t. He had stubble coming through his greasepaint and smelled like cigarettes and I. Wanted. Down. He would not put me down, so I peed on him. It was my only defense!! On the plus side, my parents got a great picture.

​Greg -  The zombie apocalypse is upon us. Who is your fictional zombie-killing partner of choice (from television or the movies)?

Rich - Tallahassee from Zombieland. He was born to re-slay the undead.

​Greg -  When you kick back and relax with a good book, what are you reading?

Rich -  I’ve been working my way through the other Phalanx authors, but when I’m not reading my peers’ work, I have eclectic tastes. I loved The Cobra Event by Richard Preston (I was casting the movie in my head as I read it), Patient Zero by Jonathan Maberry, and I have a weakness for military history. The Gathering Storm by Churchill was fantastic, and I’m about to start Their Finest Hour, volume two in Churchill’s prolific series on the war.


​Greg -  Is your book the type of story that you would allow your own children to read?

Rich - I don’t have kids, but I am the ‘crazy uncle’ who tells my friends' kids all their secrets, gets them hopped up on soda and cookies, and sends them home, so yes, I’d let them read it.


​Greg -  You’ve got a gang coming over for a BBQ on the 4th of July. Naturally, you wait until 10 minutes before closing on the 3rd to get your meat. All they have left is ground turkey (burgers), lamb chops, or tofu sausages…what do you bring home?

​Greg -  Which authors have been the greatest influence on your writing?

Rich - From my childhood, my early influences were Stephen King, F. Paul Wilson  and David Morell. Later I fell in with Mario Acevedo, and of course the guys at Phalanx. They’ve really helped me down this road.


​Greg -  Who is your favorite Scooby Doo monster?

Rich - I can only remember the swamp monster, but I do remember hating Scrappy Do. He was SO annoying! I was so pleased when they made him the villain in the movie adaptation.


​Greg -  Where did you get the idea for your story?

Rich - The Zed’s World universe started out as an idea to have people from different locations write their experiences in zpoc around the same set of events. I’d set the timeline – the outbreak starts at this time, the grid goes down on this date, etc – and they would work those events and times into their stories. That never really got off the ground, but I had started all these threads that would intersect at certain point. I decided to publish them in serial form online, then later compiled and re-edited them into the first two books. Book three is in progress now, and I’m hoping to have a fourth quarter release. I’d love to have it out by Halloween but I don’t know if that’s in the cards. We’ll see!


​Greg -  Do you have a plan for the apocalypse, or will you just wing it?

Rich - A little from column A, a little from column B. I do have a bug out bag ready…I guess it depends on if it’s a slow burn or a quick fuse like in my books. I took a quiz on Facebook, though, and it said I’d make it three years in the apocalypse, so that seems legit.

This week's guest is Rich Baker 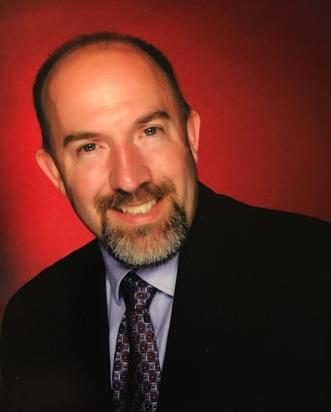 Rich has always had a talent for spinning a tale, but never considered being a writer - that is until he stopped listening to all the reasons why people say one CAN'T be a writer and decided to just...write. Along the way he's met some inspirational people who have helped and encouraged him to pursue his goals. You'll see them in the acknowledgements of his first published solo work.

Focusing mainly on the apocalyptic genre, Rich is publishing a zombie themed serial, has several short stories and a couple of novels in the works and is even considering a branch out to mystery/thrillers.

"The ride is just starting," he says. "Keep your hands and feet inside the car at all times and keep your head on a swivel. It's going to be a fun trip!"

The most ambitious terrorist plot ever undertaken is about to be put into motion, releasing an unstoppable force against humanity. Ordinary people - a group of students celebrating the end of the semester, suburban and rural families - are about to find themselves in the center of something that threatens the survival of the human species. As they battle the dead - and the living - it's going to take every bit of skill, knowledge and luck for them to survive in Zed's World.

The Gathering Horde introduces readers to Zed's World, the first seven episodes of an online serial saga released for the first time with updated content as a novella. Go to www.zedprep.com to join the mailing list and see exclusive content before it's available to the public!