Greg - Tell me a little bit about your protagonist in Maldicion.  Is it a James Bond type, never in any real danger – always able to get out of trouble and into the leading ladies pants?  Or more of the John Rambo type – skilled and deadly but with a heavy cross to bear?  Or perhaps Ripley (Alien) – a strong quiet character who can take charge and kick butt when she or he needs needs to?

Daniel - It’s probably more in line with Ripley than anything else; despite the fact he’s a dude. Dexter LeGrasse isn’t the most likeable of characters either, but his journey tests his character and beliefs and forces him to adapt to challenges his wit and business acumen can’t immediately solve. Dexter is a powerful man back home but on his own on a deserted island at nature’s mercy he’s insignificant, that’s what I wanted to capture. Power is in the eye of the beholder and all that. Plus there’s a massive Lovecraftian monster. So it’s safe to say he’s out of his comfort zone.

Greg - What was the last book that you read? (Your own book doesn't count!)

Daniel - What a horrible question! The problem is that they have had a lasting impact on the horror genre, arguably each and every one of them are key fragments of its very DNA. The easy answer is Lovecraft because his devout racism was reprehensible. But without him I dread to think what the horror landscape would look like (I am biased on this by the way; I adore Lovecraft’s work – not his beliefs obviously). I’d probably say Stoker. While he birthed one of the most famous creations of all time in Dracula, his removal could possibly eradicate Twilight from existence and therefore save the space time continuum as we know it. So it’s kind of like Terminator 2 only with sparkling hipster vampires in the place of Robert Patrick.

Daniel - I read a lot of different things. Articles on serial killers, comic books (make mine Marvel!), far too much stuff on Jack the Ripper and of course horror novels. As I’ve mentioned I have a predilection towards Lovecraftian horror so always gravitate to that stuff. Small press and indie horror authors are where it’s at in my opinion so I’ll always choose one of their stories over one of the ‘big’ names.

Daniel - I live in Bath, Somerset so there’s plenty of history on my doorstep that I largely choose to ignore. When you walk past Bath Abbey most days it loses some of its appeal! I think The Royal Crescent is one I take for granted. I walk past it a lot and take little notice but when you stop and look it’s a beautiful place to soak up the atmosphere and history. Plus on a sunny day it’s a great place to sit down and chill.

Daniel - Lovecraft first and foremost. Beyond his rather colossal presence authors like Warren Ellis and Neil Gaiman, plus filmmakers like John Carpenter and Guillermo Del Toro.

Daniel - My favourite movie, not just horror movie, of all time is John Carpenter’s The Thing.  For me that film is perfect. It’s a master class in character building, tension and horror. The work of John Carpenter has been a huge influence for me and this film really captures why. It was the first film I saw that truly shook me to my core and is (to me) the most Lovecraftian film (without being an actual Lovecraft adaptation) in terms of atmosphere and horror.

Daniel - The last book, as mentioned earlier, was Adam Cesare’s Zero Lives Remaining. So basically I’m trapped in an arcade machine with a conscious electric current. Lucky me!

Daniel - I’d probably say Maldicion. While Mr. Robespierre is a better book in my opinion it’s also a love letter to 70’s and 80’s ghost films so I feel Maldicion would be a better reflection. Like all my work it wears its influences proudly on its sleeve but there’s a lot of ambiguity and vagueness that, I hope, offers food for thought for readers and as a result potential analysis. Plus there’s a monster. And monsters make everything better.

Daniel - I’ll wing it as it all depends on the apocalypse doesn’t it? Is it The Mist? Is it Day of the Dead? Is it Biblical? Is it a Tory Government? Either way I’ll roll with it.

Twenty-three Tales of the Weird and Cosmic

"The most merciful thing in the world, I think,

is the inability of the human mind to correlate

Lovecraft coined the term weird fiction in the

on. Deep in the recesses of our unconscious

minds, we suspect it to be the truth that we

begin to glance the shape of true reality, and it is not to our liking. Not at all.

Modern science, with its experts and specialties, is a fragmentary thing. In this, it reflects the human mind. We keep our thoughts in boxes, broken into digestible shards. It is safer. Cosmic horror warns us that what we fondly imagine to be reality is just a thin skin of light and substance over endless gulfs of insanity. Gather too much knowledge, make the wrong connections, and the truth can no longer be denied.

The amazing tales lovingly collected in Cthulhu Lies Dreaming are fragments of that truth. Treat them with the caution that they deserve. Each will offer you glimpses behind the skin of the world, leading you closer and closer to the edge of the abyss. Knowledge may bring wisdom, but it also offers far darker gifts to the curious.

The truth is indeed out there and it hungers. 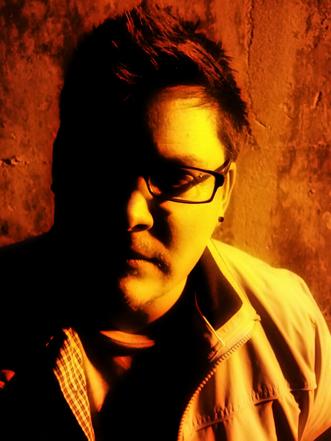 Daniel Marc Chant is an author of strange fiction. His passion for H. P. Lovecraft & the films of John Carpenter inspired him to produce intense, cinematic stories with a sinister edge.
Daniel launched his début, "Burning House". swiftly following with the Lovecraft-inspired "Maldición". His most recent book “Mr. Robespierre” has garnered universal praise.
Daniel also created "The Black Room Manuscripts" a charity horror anthology & is a founder of UK independent genre publisher The Sinister Horror Company.
​