This week's guest is Adam Howe

Die Dog or Eat the Hatchet

Washed-up prizefighter Reggie Levine is eking a living as a strip club bouncer when he’s offered an unlikely shot at redemption. The Bigelow Skunk Ape – a mythical creature said to haunt the local woods – has kidnapped the high school football mascot, Boogaloo Baboon. Now it’s up to Reggie to lead a misfit posse including a plucky stripper, the town drunk, and legend-in-his-own-mind skunk ape hunter Jameson T. Salisbury. Their mission: Slay the beast and rescue their friend. But not everything is as it seems, and as our heroes venture deeper into the heart of darkness, they will discover worse things waiting in the woods than just the Bigelow Skunk Ape. The story the Society for the Preservation of the North American Skunk Ape tried to ban; Damn Dirty Apes mixes Roadhouse with Jaws with Sons of Anarchy, to create a rollicking romp of 80s-style action/adventure, creature horror and pitch-black comedy.

DIE DOG OR EAT THE HATCHET

Escaped mental patient Terrence Hingle, the butcher of five sorority sisters at the Kappa Pi Massacre, kidnaps timid diner waitress Tilly Mulvehill and bolts for the border. Forcing his hostage to drive him out of town, it’s just a question of time before Tilly becomes the next victim in Hingle’s latest killing spree. But when they stop for gas at a rural filling station operated by deranged twin brothers, Dwayne and Dwight Ritter, the tables are turned on Hingle, and for Tilly the night becomes a hellish cat-and-mouse ordeal of terror and depravity. The meat in a maniac sandwich, Tilly is forced against her nature to make a stand and fight for survival. Because sometimes the only choice you have is to do or die…to Die Dog Or Eat The Hatchet.

Prohibition-era 1930s… After an affair with the wrong man’s wife, seedy piano player Smitty Three Fingers flees the city and finds himself tinkling the ivories at a Louisiana honky-tonk owned by vicious bootlegger Horace Croker and his trophy wife, Grace. Folks come to The Grinnin’ Gator for the liquor and burlesque girls, but they keep coming back for Big George, the giant alligator Croker keeps in the pond out back. Croker is rumored to have fed ex-wives and enemies to his pet, so when Smitty and Grace embark on a torrid affair…what could possibly go wrong? Inspired by true events, Gator Bait mixes hardboiled crime (James M. Cain’s The Postman Always Rings Twice) with creature horror (Tobe Hooper’s Eaten Alive) to create a riveting tale of suspense. 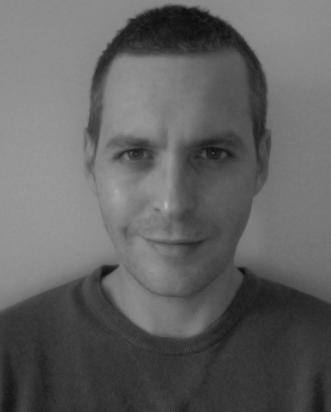 ​Greg - In any anthology, I’ve always thought that it is essential to grab the reader’s attention and set the pace with the first story. How did you decide which story to use to kick off Die Dog or Eat the Hatchet?

Adam -    My style’s very fast-paced and cinematic, so I rarely worry about grabbing the reader’s attention. I think the book has something for everyone: From the 80s-style action/comedy of Apes, to the serial killer slasher/survival horror of Die Dog, to the mash-up of ‘classic’ noir and creature feature, Gator Bait. Pick your poison! As a non-themed collection, choosing the opener really boiled down to balance. The book contains two first person stories, Damn Dirty Apes and Gator Bait, sandwiching the title story, which is a third person tale. Damn Dirty Apes is similar in tone to the offbeat horror/crime of my debut collection, Black Cat Mojo. I think it lulls the reader into a false sense of security; the next story, Die Dog or Eat the Hatchet, is relentlessly dark – readers have told me it’s among the most intense books they’ve ever read. Gator Bait was previously published as a Kindle single so that one was always gonna come last.

Adam -   Were the Scooby Doo monsters ever real; I was under the impression they were crooks and unscrupulous businessmen (struggling amusement park owners and the like) masquerading as monsters?

For reasons that will be clear to readers of my story Damn Dirty Apes, I’m gonna have to choose the Skunk Ape from the 1970 season of Scooby Doo, Where Are You! Now as any Scooby Doo nerd will tell you, the notorious Skunk Ape episode never aired after The Society for the Preservation of the North American Skunk Ape picketed the offices of Hanna-Barbera. This was the first recorded instance of the S.P.N.A.S.A. throwing their weight around, but certainly not the last. As has been widely reported, I encountered similar problems with the S.P.N.A.S.A. after they objected to my fictional depiction of celebrated hominologist (that’s a ‘squatch expert for the layperson) Gerard Hauser. They attempted to block the publication of my book by hounding my publisher Comet Press and threatening legal action against me. I even received death threats.

Greg - I am a huge fan of English history. I also know that I rarely visit the great landmarks in my own backyard. What is the most significant landmark in your ‘backyard’ that you take for granted?

Adam -  My town is part of the borough of Kingston-upon-Thames, which dates back to around the eighth/ninth century. In Kingston town center is the site of a boulder called the Coronation Stone, where the ancient kings of what would later become known as England were crowned. Kingston – King’s Stone – takes its name from the Coronation Stone. Every so often the Coronation Stone will be vandalized by drunken youths. Personally I’d like to see the culprits beheaded, with their heads impaled on spikes and displayed as a warning to others… Although now that I think of it, I’d like to see most youths beheaded and their heads put on spikes.

Adam -   I’m pretty immune to movie jump-scares these days, and prefer more psychological fare. But for me, the movie that got the whole ball rolling was Jaws. Like most young kids, I used to sit you’ll-go-blind! close to the TV. I was cured of the habit when Ben Gardner’s head jack-in-the-boxed from the wrecked hull of his fishing boat… As for books: I recently reread King’s Pet Sematary and was pleased to discover it has lost none of his power. That is a truly dark piece of work, with some horrifying scenes – I’m looking at you, Zelda! It’s funny how my memories of the book and the movie have become so intertwined. Isn’t that the way with King’s fiction and the movie adaptations? Even King does it; when speaking about It on his social media, he’ll post pictures of Tim Curry’s Pennywise.

Greg - Is your book the type of story that you would allow your own children to read?

Adam -   That would be a surefire recipe for creating a monster! We’re expecting our first child in the summer, so I’ve been thinking about this a lot. My brother-in-law tells me I write about the kind of stuff his four-year old likes – animals and bodily functions. I guess that makes me a children’s author for grownups with arrested development.

Adam -   Like so many other genre writers, my earliest influence was Stephen King. His was the first ‘voice’ I really connected to. In my early writing career, I won a short story contest judged by Stephen King and was lucky enough to meet the man himself. Talk about a dream come true! King’s work, not to mention his encouragement of my own, has been a constant inspiration.

In my teens, I began writing screenplays. I particularly admired Shane Black’s work. Lethal Weapon, The Last Boy Scout, The Long Kiss Goodnight. His style is a mix of William Goldman and Walter Hill. Smartass dialogue and amazing action setpieces. Screenwriters rarely get the credit they deserve; as a writer of ‘dumb’ action movies, Shane Black is criminally underrated. Huge influence.

More recently I discovered Joe Lansdale. His laidback style and earthy Southern humour was an eye-opener for me, and reinvigorated my work. Strangely for a British writer, I feel a real kinship with Joe. His is a voice I feel like I’ve been hearing in my mind since forever.

Adam -   Absolute quiet – now if my only my noisy fucking neighbours would get with the program. I sometimes listen to music for mood before starting work. Right now I’m listening endlessly to Morricone’s Hateful Eight score. Didn’t care for the movie so much, but man…what a score!

Adam -   Double-bill of An American Werewolf in London and John Carpenter’s The Thing. I must have been eight, nine. Maybe even younger. I don’t know what my mum was thinking when she rented the videotapes for me – even the video art was pretty hardcore. I started with American Werewolf. Mum said she’d watch the first five minutes to check the content was suitable for an impressionable young child. Within seconds of her deeming the film was appropriate – the scene in The Slaughtered Lamb seemed pretty harmless – she went to bed and left me alone to watch a werewolf savage David Naughton and Griffin Dunne on the Moors. Even today that’s an intense scene – and I hadn’t even got to the Nazi demons yet! I made it through American Werewolf – I can’t claim unscathed – and immediately watched JC’s The Thing. When the husky exploded, so did my tiny mind. Before starting my double-bill, I’d made the mistake of turning off all the lights in the house to replicate the full cinema experience. Good call! Now I had to make it along the darkened hallway to my bedroom without being gored by a werewolf or a shape-shifting alien. I cocooned myself in my sleeping bag – because as we know, bedcovers are Kryptonite against monsters – and caterpillar-crawled along the hall to my bedroom, where I spent a sleepless night with the lights on.

Adam -    It’s happening? Do you have insider info? Is Trump involved? Ah, man… Then I guess I’ll be fucking shit up with the rest of the demons. But hopefully people will buy my books before Judgment Day comes.

Adam Howe is a British writer of fiction and screenplays. Writing as Garrett Addams, his short story Jumper was chosen by Stephen King as the winner of the On Writing contest, and published in the paperback/Kindle editions of King’s book. His fiction has appeared in places like Nightmare Magazine, Thuglit, The Horror Library, and Mythic Delirium. His novella collections, Black Cat Mojo, and Die Dog or Eat the Hatchet, are available NOW from Comet Press. In the works are Tijuana Donkey Showdown, One Tough Bastard, and a crime/horror collaboration with Adam Tribesmen Cesare.