If He Had Been with Me

I had been seeing a lot of

hype around this book lately,

jumped on the bandwagon.

I do read YA books, but

sometimes I fear those books

are just a little too “Y” for

this adult. In the end, a good

book is a good book, though,

and I happily began reading

If He Had Been with Me.

​It’s the time of year where  we get to sit back and reminisce about all of the  books that we’ve read over  the past year. I don’t know about you, but despite not reading as many books as  I would’ve liked, I still managed to read some

Here’s to a new year filled with health, happiness, love…and books! As always, I’ve been perusing the upcoming releases for 2023, and I must say, that it is shaping up to be a wonderful year for reading. I’ve already been filling my TBR list with books that I am looking forward to (no surprise there). Here are the books that are releasing in January that have caught my eye.

I adored The Love Hypothesis, so give me a collection of steamy, STEMinist novellas featuring a trio of engineers and their loves in loathing and I am all in!

Do you enjoy forbidden romances? Me too!

For the last year, I’ve wanted someone I can’t have.
The man my father built his latest multimillion dollar business with.
He’s a decade older than I am, and he’s entirely forbidden.
The fact that he’s never given me a second glance only makes me long for him more...

An enemies-to-lovers romance by K.A. Tucker is really all that I need to say. Added to my TBR!

There's nothing better than curling up with a creepy book on a dark, dreary, stormy day.

​Blackwood mansion looms, surrounded by nightmare pines, atop the hill over the small town of Crooked Tree. Ben Bookman, bestselling novelist and heir to the Blackwood estate, spent a weekend at the ancestral home to finish writing his latest horror novel, The Scarecrow. Now, on the eve of the book’s release, the terrible story within begins to unfold in real life...

Well, this novel is just screaming my name (yes, they do that). It could be a heartbreaker, but I think I can handle it.

Gemma thought she had her future all mapped out.  She had a wonderful husband, a cute apartment, and plans to start a family. But just months after their wedding, illness took her husband from her. And now she finds herself trying to think up new dreams, when all she really wants are her old ones back.
Across town, Dan’s also rethinking his life. He’s about to meet his twelve-year-old daughter, Casey, for the very first time. She’s tracked him down because she needs a place to stay for the summer while she receives treatment for a brain tumor at the city hospital, and Dan is terrified he won’t be up to the task of taking care of her; after all, he’s structured his entire life so that no one has to rely on him.
But when fate (with the help of Gemma’s scruffy terrier, Bear) brings these three strangers together one scorching July morning, there’s an instant connection among them. And it soon becomes clear that this summer could change everything—if only they’ll let it.

I know that January isn't typically the spooky season, but this is Grady Hendrix we're talking about. I've read a couple of his books, and trust me, he can make you believe that any month is the perfect month for a good horror novel.

Yes, I love books with beautiful covers, but just look at it! And that title? Who wouldn't be intrigued by that title?! Oh, and check out this synopsis:

There once was a girl with fireflies in her eyes and music in her soul.
(Remember her... she's important.)
She's the reason I panic-bought the little brick house on Maple Street; the one I lived next door to for eight magical years. Now that I'm back digging up floorboards and lost journals, I can’t stop thinking about the two people who grew up here.
You see, that girl was my best friend, and this house was once hers. She also had a big brother who was my everything before circumstance turned us into nothing more than memories.
That’s why I applied for a job at his auto shop—unprepared to discover that my new boss, Cal Bishop, is now gruff, built, and covered in tattoos.
I'm the sun to his overcast sky. The smile to his surly solitude.
A reminder of everything he longs to forget.
But my heart has a secret, and we’re running out of time to fix our torn pages.
Maybe... the same girl who used to be the glue still holds the key to putting our pieces back together.
(See? I told you she was important.)
Toodles,
Lucy

This book is compared to Beartown and The Great Alone. Sold!

Fiona and Gus’s marriage has veered off course. Fiona’s mental health is shaky at best, and is now further strained under the weight of a transgression that she would like to both forget and repeat. Gus, a pro snowboarder turned backcountry guide, is exhausted by Fiona's mood swings and her ambivalence about their relationship, but mostly by the impact of her erratic behaviour on their eight-year-old daughter, Ruby. Ruby loves them both, but has a much closer relationship with her father, and has stopped talking in the face of the tensions between her parents.
In the midst of this marital crisis, Gus takes Ruby’s class on an overnight trip into the wilderness, where Ruby is one of only two children to survive the avalanche that kills the others, including her beloved father. While Fiona’s mental health is unravelled further by grief, Ruby is flattened by Gus’s loss. After the search ends with no sign of her father, Ruby is determined to find him herself, using the survival skills he taught her and believing that he must still be alive. Her trek back into the snow sets off events that stretches her own resourcefulness and her mother's fragile coping skills to the breaking point.

If the first book in this duet does what I think it will do to my heart...well, I'm going to want to see how it all ends.​​ 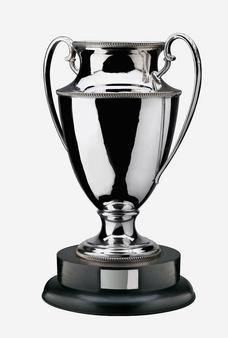 Well, another year has past, it’s time to take a look back and reflect on all that has happened and to look forward to what is to come. This past year I haven’t read the quantity of books that I have read in past years, but I’m focused on the quality of the books and some really great books had to be cut off this list.

January is here, and you know what that means: new year, same old me, but hey look, new books!

- January 3 – The Stranded  – By Sarah Daniels
This debut by Sarah Daniels has all the makings of what could be “the next great series” in the YA dystopian market. “The Hunger Games meets Station Eleven in this gripping near-future dystopian,” those are some pretty big names to put yourself up with. Imagine being trapped on a cruise ship for forty years; stuck in no-mans-land and that tiny cabin. There is a great premise here that could make a fantastic story. Read my review.

- January 10 – Autumn: Exodus (Autumn: The London Trilogy #3)  – By David Moody
I love a great trilogy, three books, a complete story. Moody is a master of characters; you can really put your feet in the characters’ shoes. The realism, the characters act like people would act. When you see all that has happened in real life with this easy pandemic that we had, you know damn well that there are people out there who would do this shit. The Autumn series is prophetic. I need to know where this story ends.

- January 10 - Hell Bent  - By Leigh Bardugo
Just look at this cover. Tell me you don’t want to read it. There is something there that just draws me in. Hell Bent will mark my return to Yale; I last attended Yale in 2019, when I was there with Leigh Bardugo and Alex Stern. People died, mysteries were solved, and a great time was had by all.

- January 17 – How to Sell a Haunted House  – By Grady Hendrix
I have a question for you. Does Grady Hendrix have a new book? Yes, he does. Will I be reading it? You know I will. Without a doubt Grady Hendrix is one of the best authors out there right now. His ability to get so much into every page is amazing: great characters, the humor at all of the right places, scaring the you know what out of me.

- January 24 – All Hallows  – By Christopher Golden
Christopher Golden is becoming a go-to author for me. From Ararat to the Road of Bones, I have been all over the world with him. Now we are headed back in time to 1984, a time I know all too well. I am stoked for a horror that almost seems made just for me.

Winter is a difficult season, it’s cold, the weather can be unpredictable, the roads are nasty. In the depths of winter it can be hard to keep your spirits up. Some people love to embrace winter, they bundle up and get out there! They enjoy all of the great activities that winter has to offer: skiing, snowshoeing, ice fishing, and all sorts of other cockamamie ideas and activities; I’ve heard of these ice hotels where you can stay. Brrr… 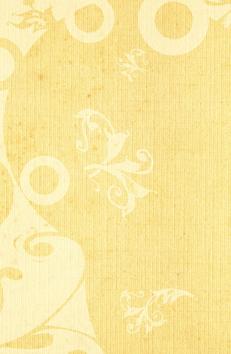