Nate Southard’s books include Down, The Slab City Event, Lights Out, Scavengers, Red Sky, Just Like Hell, Broken Skin, This Little Light of Mine, and He Stepped Through. His short fiction has appeared in such venues as Cemetery Dance, Black Static, Thuglit, and Supernatural Noir.

A graduate of The University of Texas with a degree in Radio, Television, and Film, Nate lives in Austin, Texas with his cat. You can learn more at www.natesouthard.com.

This week's guest is Nate Southard 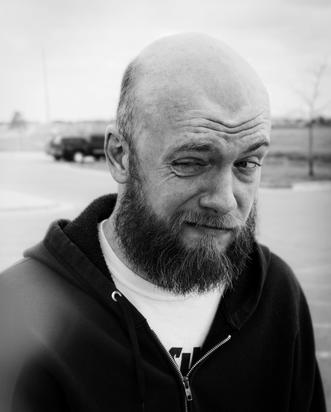 When a bank job goes horrifically wrong, career criminal Danny Black leads his crew from El Paso into the deserts of New Mexico in a desperate bid for escape. With a psychopath and a hostage keeping a gutshot redneck company in the back seat, Danny soon finds himself with no choice but to hole up in an abandoned factory, the former home of Red Sky Manufacturing.

Surrounded by nothing and no one, Danny thinks he may have finally found some breathing room, a chance to think and to plan. Danny and his crew aren't the only living things in Red Sky, though. Something waits in the abandoned factory's shadows, something horrible and violent. Something hungry.

And when the sun drops, it will feast.​

Greg - Tell me a little bit about your protagonists.  Is it a James Bond type, never in any real danger – always able to get out of trouble and into the leading ladies pants?  Or more of the John Rambo type – skilled and deadly but with a heavy cross to bear?  Or perhaps Ripley (Alien) – a strong female who can take charge and kick butt when she needs to?

Nate -My characters are a bunch of screwed up bastards in over their head.  Maybe they think they’re prepared, and maybe they thing they’re badasses, but really just a bunch of misfits who find out they can be scared and useless the same as anybody else.  It’s what happens after they reach that point that’s fun.

Nate - I’m spending waaaaay too long thinking about this one. Gimme a Terminator.

Nate - My early stuff was greatly influenced by Norman Partridge, Jack Ketchum, and Brian Keene, just really trying to make things gritty with a bit of gruesome fun layered in for good measure.  Since then, I’ve been diving deep into Peter Straub, Laird Barron, Paul Tremblay, and Sarah Langan.  Amazing characters, a willingness to experiment, and an absolute master class in the craft of writing.  I’m trying to marry the two sides of the equation.

Nate - It depends on my mood.  My To Be Read list is roughly a mile long, so I pick and choose.  Usually, I like short story collections or shorter books.  I get a quick little punch of entertainment that way.

Greg - Where did you get the idea for your story?

​Greg - Do you listen to music while you write, or do you need absolute quiet?

Nate - I listen to music while I write, usually creating a custom playlist for each piece, like a soundtrack.  I need silence to edit, though.

Nate - I’m not a strong survivor type, so I doubt I’d have to wing it long. Eternal optimist: that’s me!